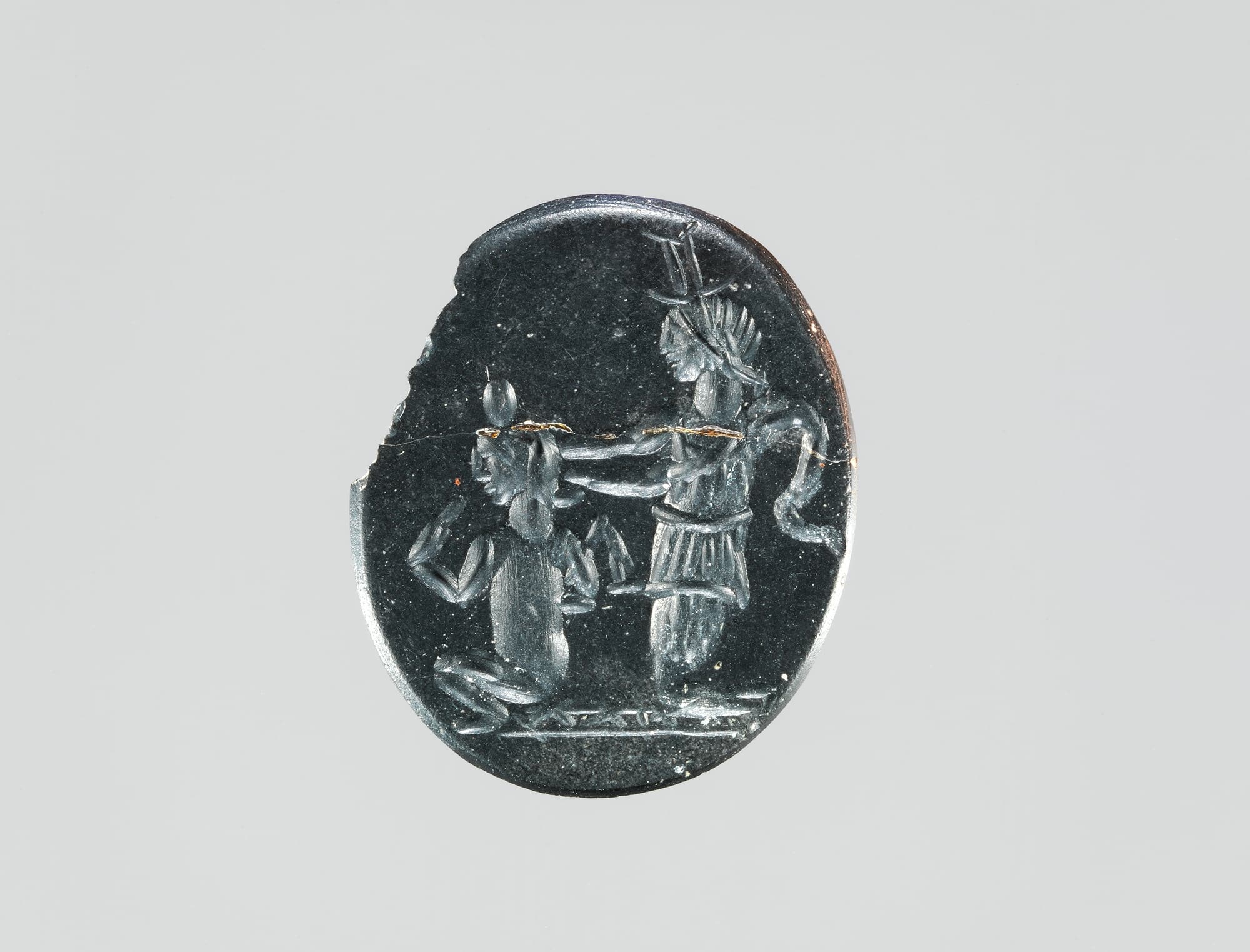 This paper reconsiders the interactions between humans and the divine through the use of magical gems in Classical Antiquity. As a larger corpus, gems were often used as adornment pieces or seal stones. Magical gems, however, consist of a specific subset which were utilised in the personal practice of magic and religion. Predominant in the Roman Imperial period, the majority of magical gems can be dated from the 1st century BCE –4th century CE and are carved from similar minerals and stones as their seal stone counterparts. Often characterised by a linear, more ‘archaic’ style of craftmanship, magical gems can contain a plethora of iconography. In addition to Graeco-Roman religious imagery, they often appropriate Egyptian, Mesopotamian and Judaeo-Christian schemes, which can be used interchangeably with one another. Combinations of imagery and inscriptions were etched onto the stone’s surface, imbuing the gems with apotropaic properties to protect the holder or ease their ailments. The eclectic use of word and image coupled with the angular incisions of iconographic decoration has often led to the assumption that these gems were the result of a lesser form of craftsmanship. I propose instead that this style of decoration was employed specifically for the use of magical gems, to enhance the interaction between user and object, and to drastically modify visual and haptic encounters with the stones.

Despite their small scale, magical gems are charged with a multisensory dynamism that allows them to operate successfully as talismans. Yet they cannot exist autonomously and depend on human contact to render them functional. The physical contact between human and object allows the gems to go beyond a merely visual form of media, to become tactile and personal objects to their holders. Through their handling and design, a user can invoke the aid of a deity or magical forces to help heal injuries, evade evil, or offer protection. This allows the gems to act as agents between the mortal and divine, facilitating the user’s desire to summon the gods. Yet this is a reciprocal media, which channels the transference of spiritual protection from the gods to the user through the geological matter of the gem. In this way magical gems act as an intermediary, able to communicate with the gods and navigate the liminal space between our own realm and that of the divine. A holistic reconsideration of the use of magical gems will demonstrate their ability to function as media devices, providing an interface between humans and gods through which to communicate.