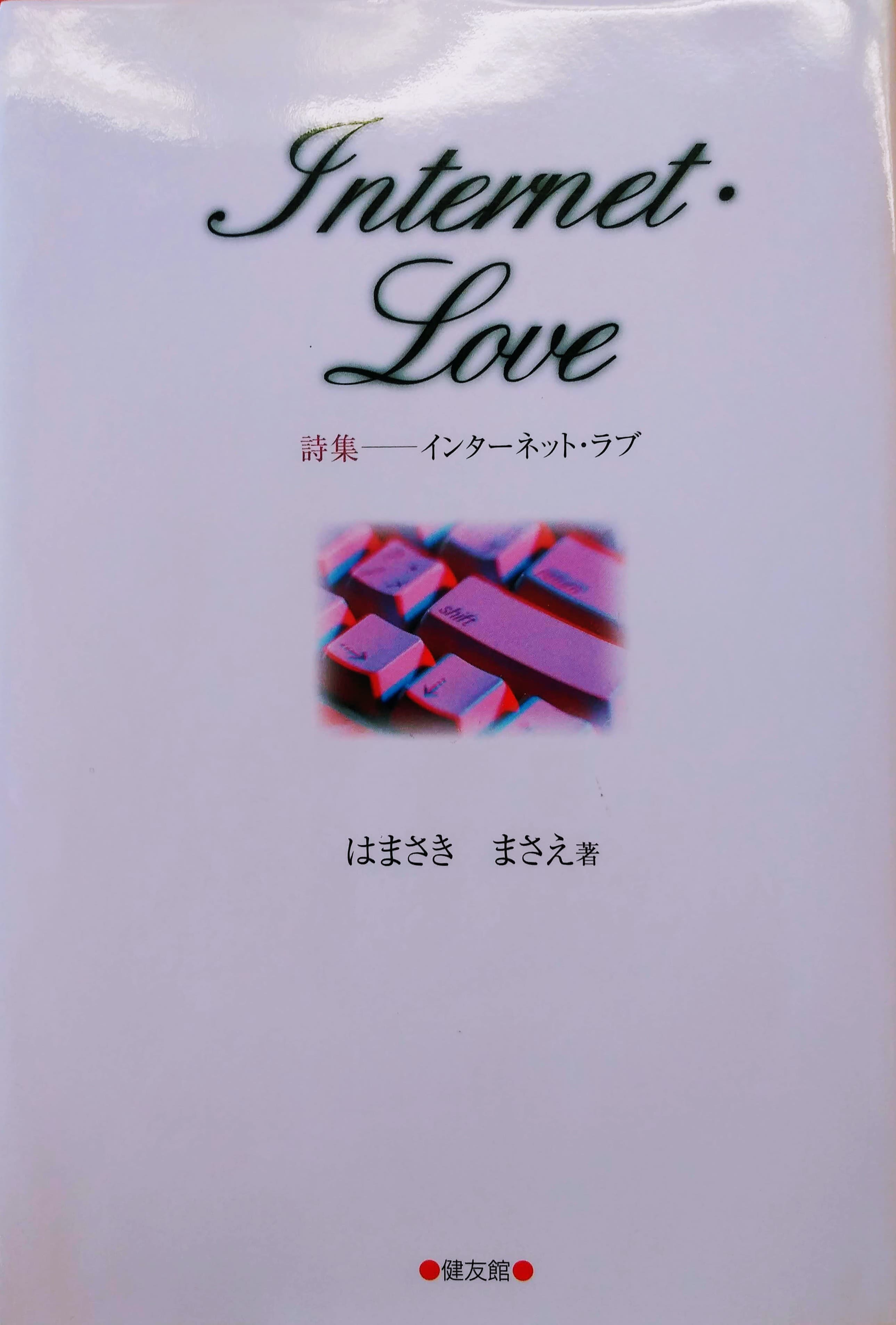 Internet·Love (インターネット·ラブ) is a 2001 poetry collection by the largely unknown poet and nursery school teacher Hamasaki Masae. The first half of her collection consists of the titular cycle of 50 short love poems, each of which draws from a different computing term as its inspiration: “Copy,” “Return,” “Icon,” “Save,” “Erase,” “Modify,” “Settings,” “Underline,” and so on. At a time when poetry on the internet was thriving in Japan, Hamasaki’s collection is an unusual media object: a print poetry collection about digitality, and an attempt to use poetics to rethink the boundaries between the “digital” and the “analog,” the “on-“ and “offline.”

On a floppy disk

The adoption of the internet by poets throughout Japan in the 1990s and early 2000s was widespread and intense. Early experiments with personal poetry pages and poetry forums—some using Japan’s first-in-the-world mobile internet—were soon joined by hypertext poems, poetic digital videos (including Japanese Sign Language poems by Deaf poet-activists), and flash poems, and eventually, poem generators, Twitter poems, location-specific augmented reality poems, and “monitor poems” consisting of thousands of emoji and animated images with digital flowers blooming across the screen. This itself is an important and largely unwritten-about history, and one that will be key to my larger project.

I am, however, not just interested in the narrative of new media technologies “opening up” literature and other art forms to new forms and possibilities, but also the reverse: how poetry itself becomes form of media theory and practice, and how even in “page-bound” forms it has consistently been a way for people to think, rethink, and contest media technologies at their time of emergence or transition. While the move away from evaluating digital media through the frame of literary studies in favour of developing new approaches attuned to the specificities of these media forms is certainly understandable, what might we still gain from exploring the way literature itself engaged with digitality? How might Internet·Love—despite its apparent simplicity, and deliberately naïve-seeming approach to digital media—point us towards a different path of thinking about the intertwining of literary history and media technology, and ways of thinking about digitality not beholden to the screen?

I want to return to that time

Andrew Campana is an Assistant Professor in Japanese Literature and Media in the Department of Asian Studies. His research centers on digitality, disability, and poetics.