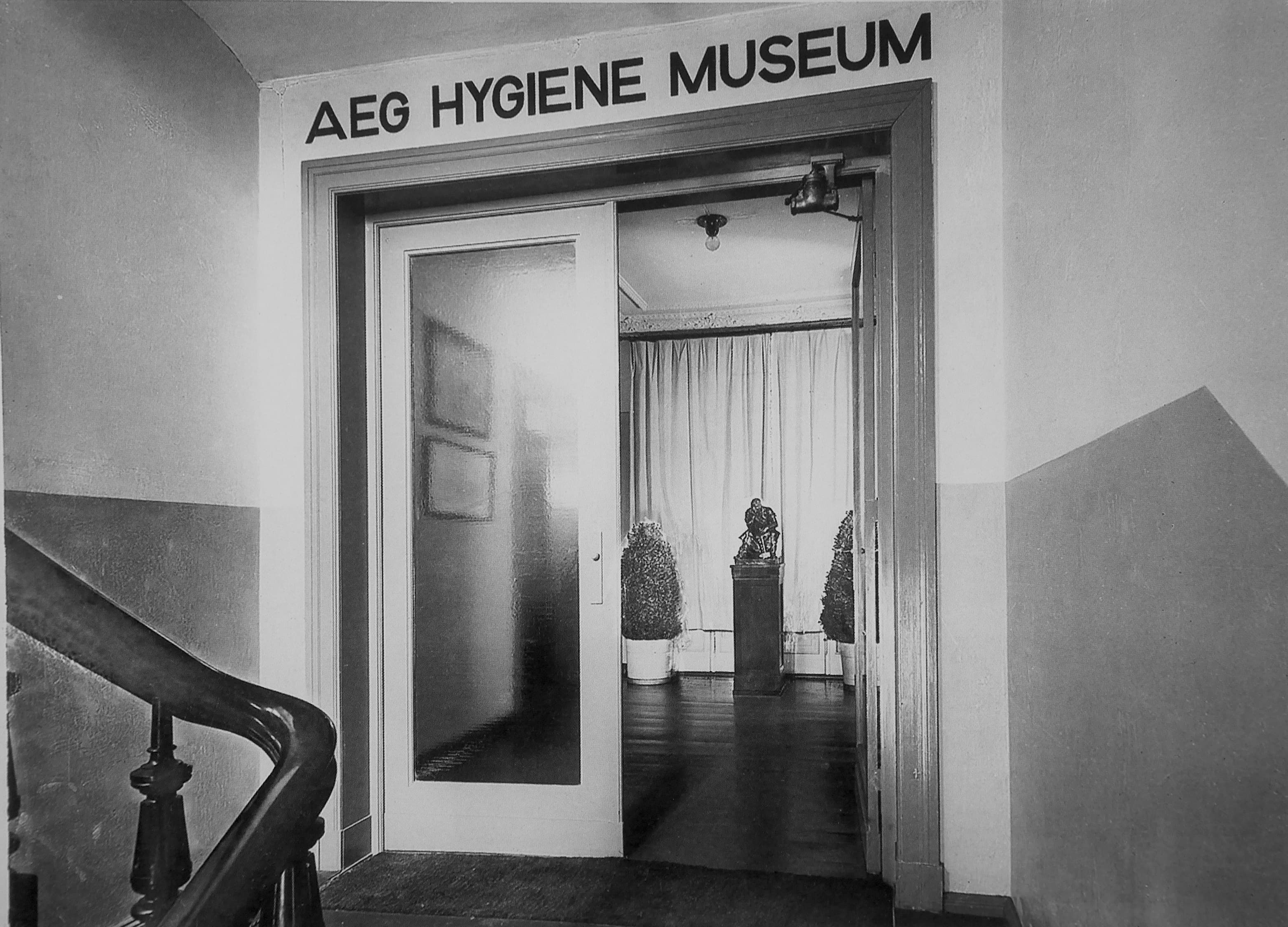 The AEG Hygiene Museum—an educational space for the understanding of the human body—was located within the central factory of one of the largest electrical companies in Europe, the Allgemeine Elektricitäts-Gesellschaft of Berlin. In 1912, Heinrich Hirschberg, the director of the company’s massive factory complex in the Wedding district of Berlin, established the AEG Hygiene Museum on the factory grounds along the southern edge of Humboldthain Park. In contrast to the independent institutions that appeared in Germany at the turn of the twentieth century—like the Permanent Exhibition for Worker’s Welfare in Charlottenburg, Berlin; the Berlin Hygiene Museum in Mitte; or the Royal Bavarian Worker’s Museum in Munich, which relocated from rooms in a factory to its own newly constructed building within the first six years of its existence (many of which historians Brigitte Jensen and Christian Schölzel have discussed)—the relationship of AEG Hygiene Museum to the industrial economies of work was not merely discursive, but factual. The museum was, by virtue of its physical context within the factory site, one of the only institutions focused on the welfare of workers and occupational health that was materially connected to the labor of the working class. By the mid-teens, the workforce of the Maschinenfabrik Brunnenstrasse had already reached fourteen thousand employees; and as noted in 1914 by contemporary journalist Konrad Hartmann, workers were routinely taken on group tours through the museum.

My larger argument is that the AEG’s exhibitionary practices shuttled in the early twentieth century between two ends of a spectrum: (1) the museological model and (2) the showroom model of world exhibitions and commercial storefronts. This presentation will focus on the former with an attention to the AEG Hygiene Museum’s critical location within the factory itself, whereby the imparting of scientific knowledge dovetailed with spaces of energy production and dissemination. Situated in a series of more than fifteen different thematic rooms when it first opened, the displays of the AEG Hygiene Museum would not only benefit workers and industrialists, but also promoted the edification of scientists and interested citizens looking for practical insight into the social economies of the working human body. While recent scholars have analyzed the often unquestioned way discourses, things, and phenomena in the world have been framed as discrete “objects” for scientific study; others have critiqued exhibitionary practice itself as a critical axis of geopolitical power. Informed by these debates, this presentation outlines the manner in which the hygiene museum itself, as media object, is a critical site of mediation which (not unproblematically) collects, produces, and disseminates its own media and objects. Countering the conventional reading of the museum as an inert site for the repository of knowledge and the mass accumulation of objects, it considers how conceptions of objectivity and the “making of objects” materialize within and around such museums of life science.