At the inaugural media studies conference, “Siren Echoes” (Nov. 7-9), a multi-disciplinary group of scholars from Cornell and other U.S. universities, as well as Germany, the United Kingdom, and South Korea, explored sound, image, and the media of antiquity. 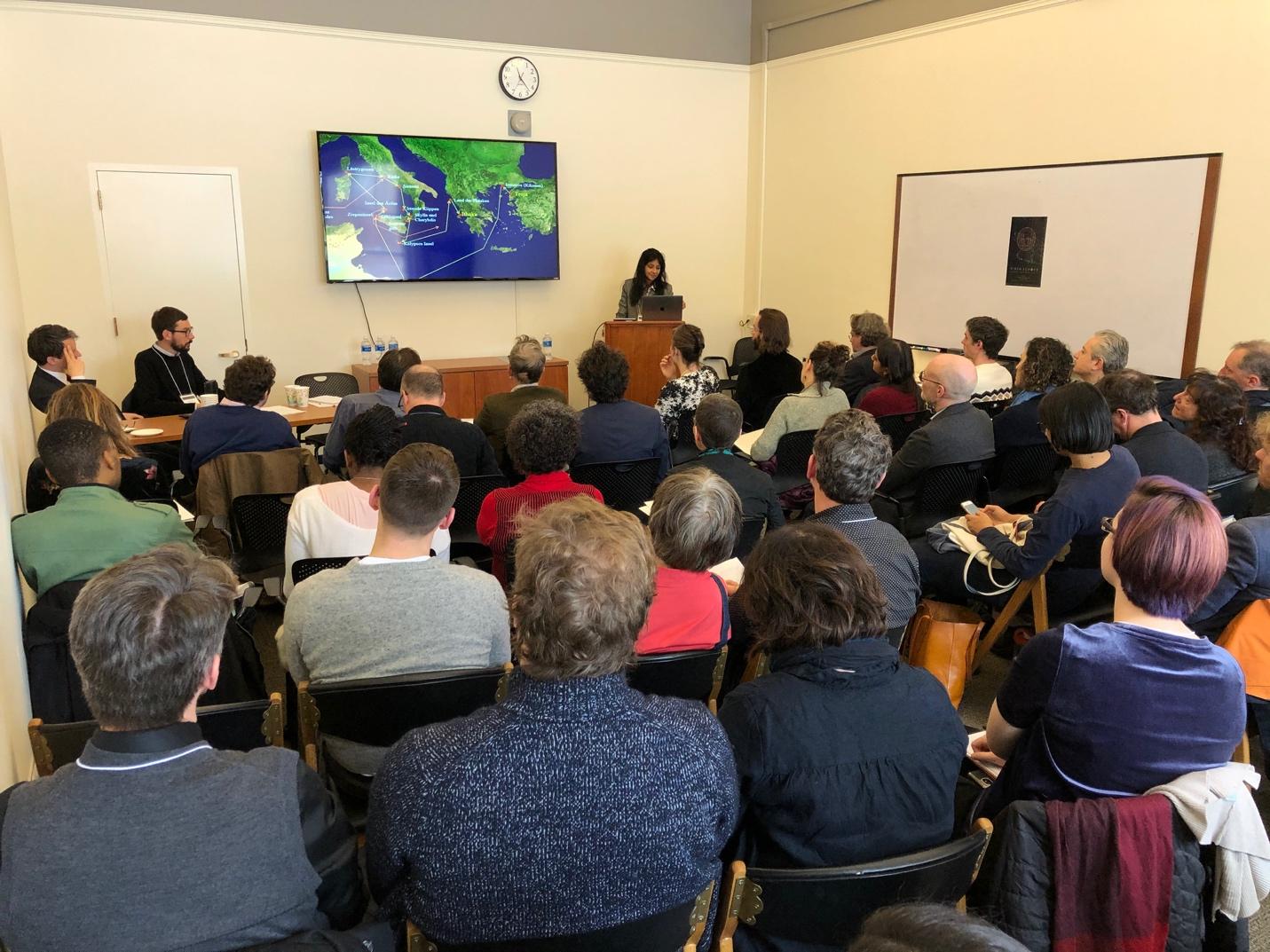 Sponsored by Classics, German Studies, the provost’s CIVIC initiative, the Central New York Humanities Corridor, and the Institute for German Cultural Studies, the three-day event featured fifteen presentations, seven graduate student respondents, and over fifty audience members in attendance. It also included a live sound-based performance from artists-in-residence, Chris Hoff ’02 and Sam Harnett, in anticipation of their show “Cornell According to Sound.”

“The conference offered an exciting chance to put the emerging study of media and the premodern on the map here at Cornell,” Platt said. “We established links both local and international, and look forward to future collaborations with our colleagues.”

For Kirk, too, the event created “thrilling collaborations” among “media theorists and scholars of antiquity, local and international speakers, and faculty and graduate students.”

“Media are a global force,” said Born. “But the local still matters.” One visitor, he recalls, was particularly grateful for the chance to discuss German media theory in the United States, where it suddenly seemed possible to express certain critiques that would have been unimaginable on the other side of the Atlantic. 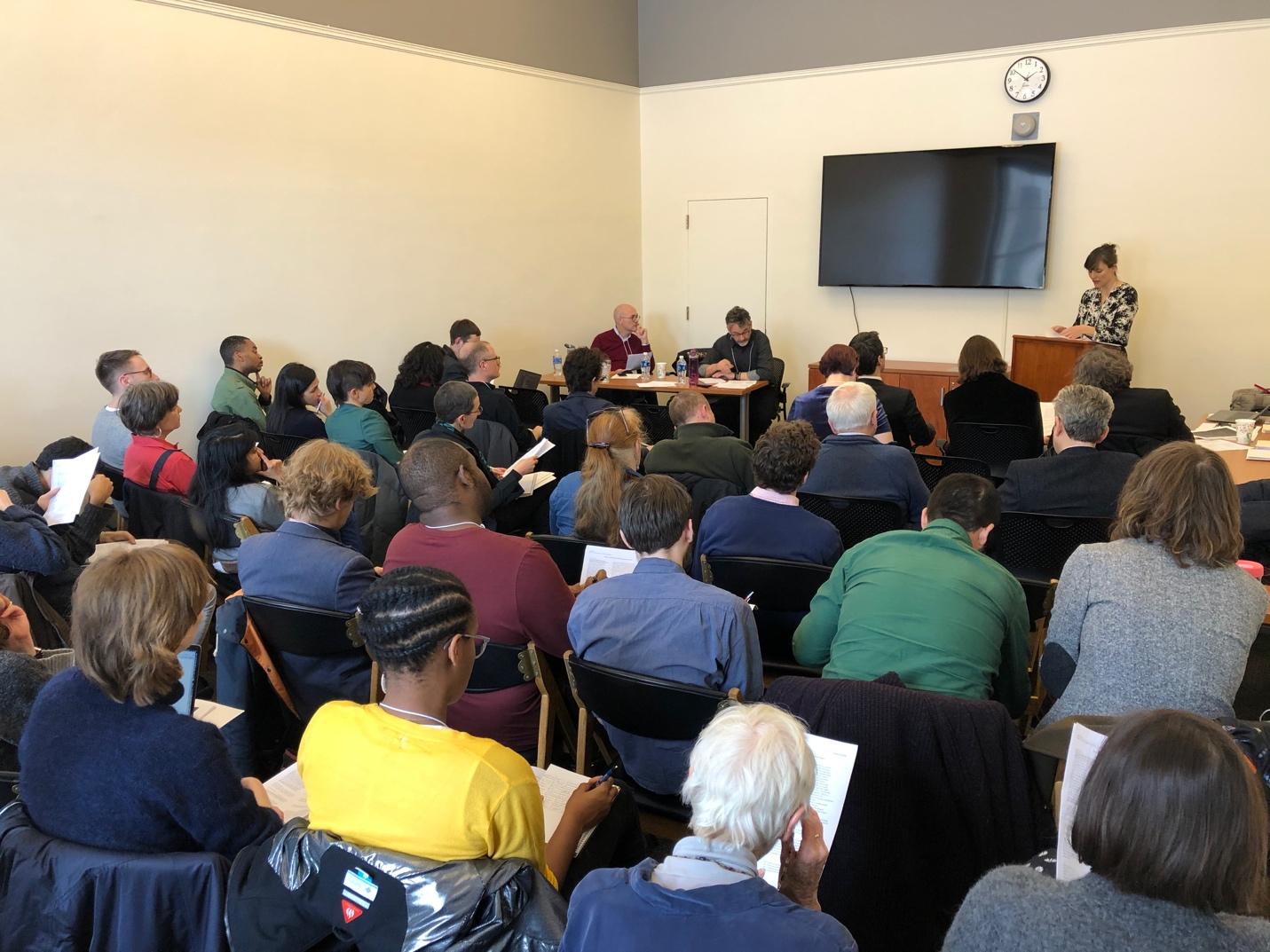 The first day of the conference focused on media theory, literary studies, and sound studies. On the first panel, Till Heilmann (Bonn), Erik Born (Cornell), and Tanvi Solanki (Yonsei) critiqued different aspects of German media theorist Friedrich A. Kittler’s philhellenic fantasies, from his archaeological trip to the Siren Islands to his idealized distinction between orality and literacy. On the next panel, Athena Kirk (Cornell), Shane Butler (Johns Hopkins), and Glenn Peers (Syracuse) examined the sounds of premodern animals as a limit case for human speech, and asked whether non-human creatures might have a voice. On the final panel, Alexander Forte (Colgate) and Andrew Hicks (Cornell) dealt with comparable difficulties of reconstructing the past using a silent archive, whether in the case of the “archeoacoustics” of the Telestrion building or the way diasporic Iranian music evokes medieval Persian poetry.

The second day of the conference focused on visual studies, literary theory, film studies, and media history. On the first panel, Verity Platt (Cornell), Ava Shirazi (Princeton), and Evan Allen (Cornell) analyzed a variety of “elemental media,” from poems written on stones through ancient mirrors to monochromatic wall painting. Approaching media from another perspective, Sean Gurd (Missouri) and Pantelis Michelakis (Bristol) considered alternatives to the dominant mode of historical “narration,” and raised the question of potential cures for media ailments. On the last panel, Jennifer Stager (Johns Hopkins) and Jens Schroeter (Bonn) compared different ways of putting the past in dialogue with the present, from the anachronistic uses of Greek sculptures in modern films to the ancient mosaic as a precursor to the digital image.

In sum, “the panels explored sources ranging from Syriac sermons to French new wave film, from equally rich theoretical perspectives,” Kirk reflected. Throughout the conference, the discussion returned to central questions and critiques of how we define media, and how we deploy the Classical past.” 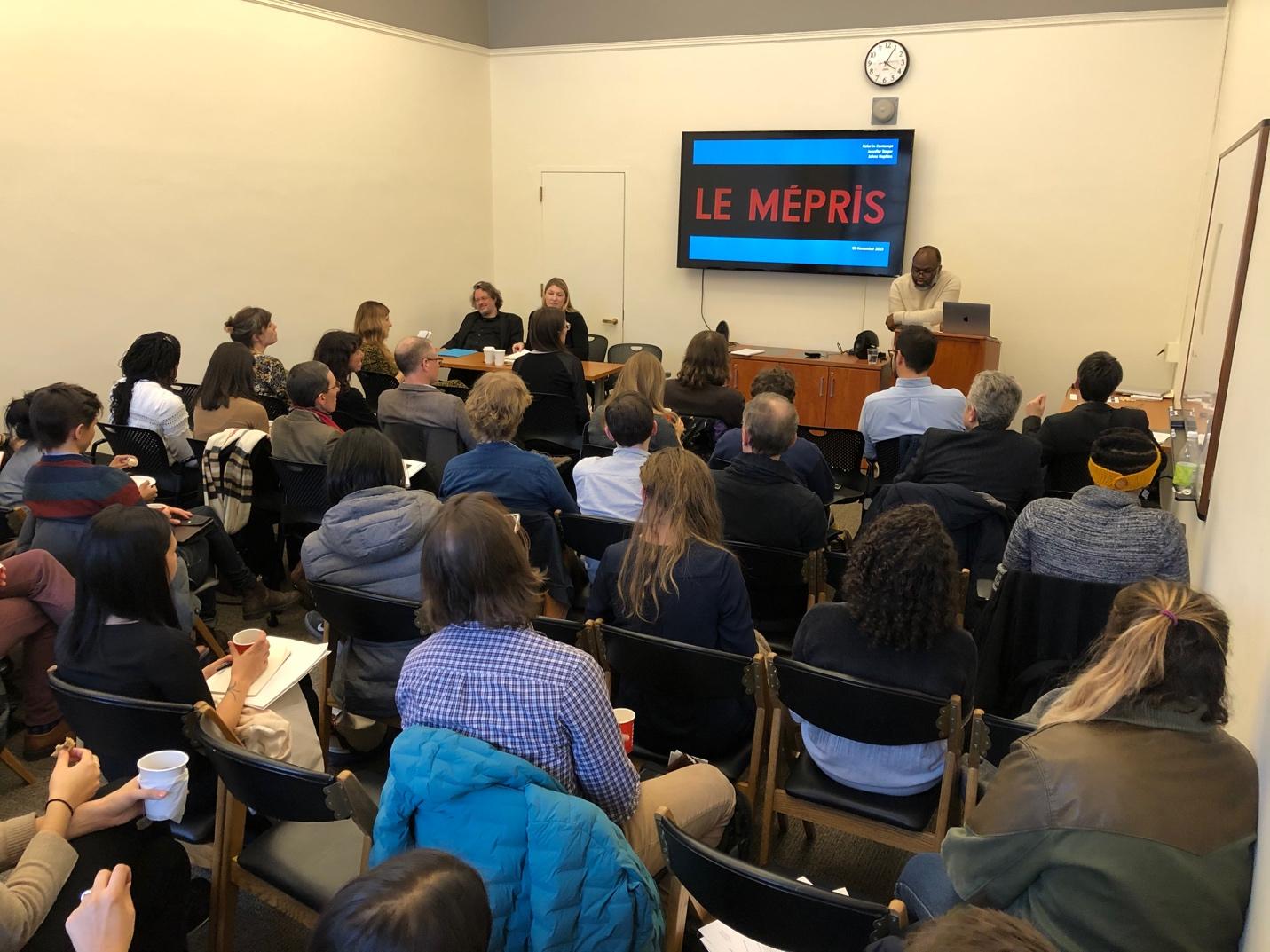 The next media studies conference, “Media Objects,” will take place March 20-21, 2020 at the Herbert F. Johnson Museum of Art. With a focus on the distinctive approaches to the study of media at Cornell, the conference organizers welcome proposals from all members of the Cornell community, including faculty, graduate students, curators, and librarians. A call for papers should be distributed in the coming weeks. 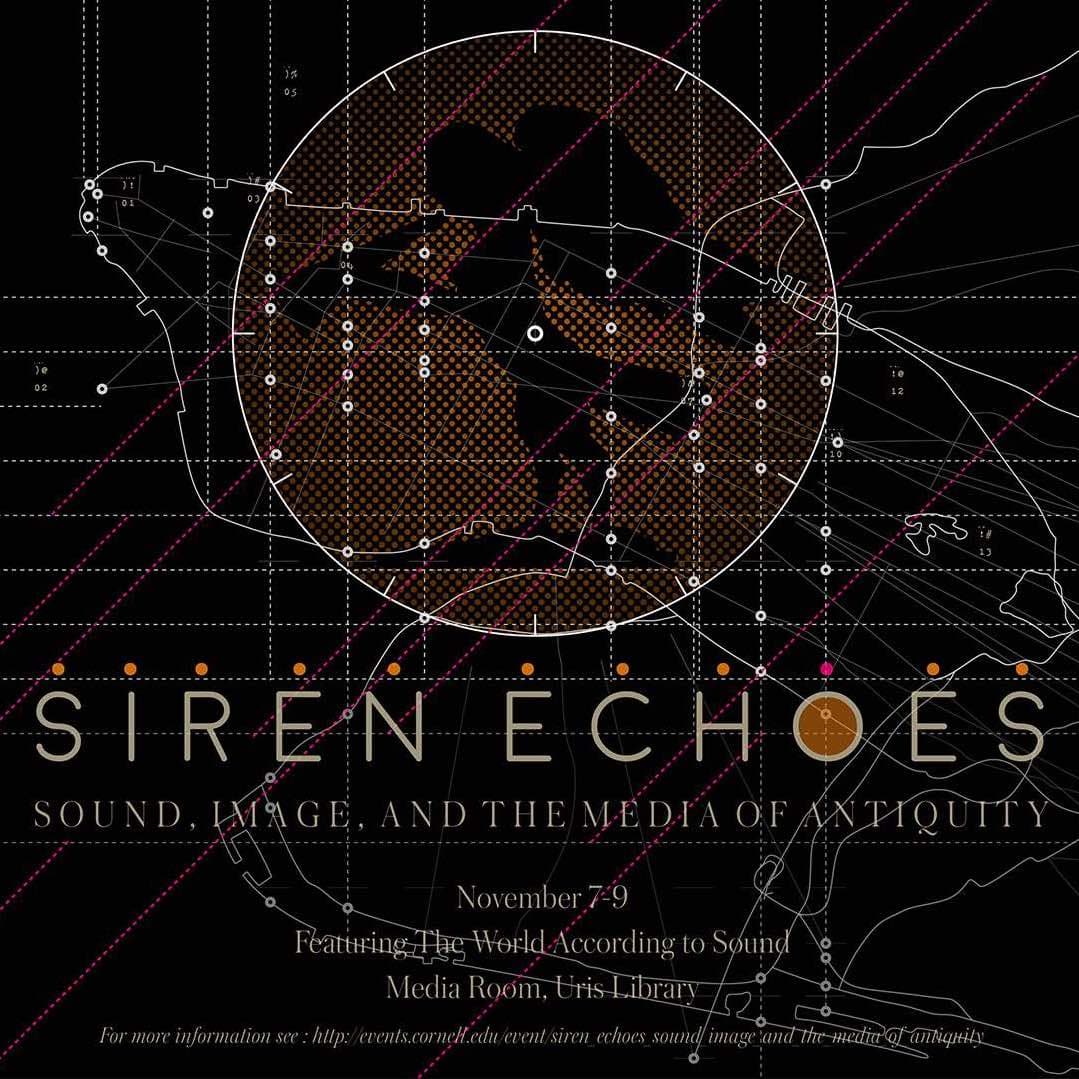 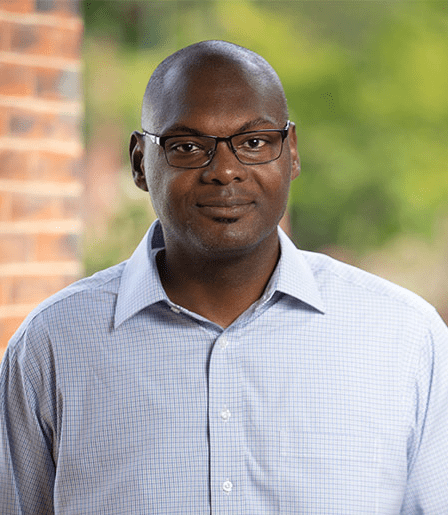